Why does One Energy only install a few wind turbines at a time, at different sites – rather than big wind farms with hundreds of turbines like the ones you often see on TV or occasionally view from the highway?

Well, each Wind for Industry project is installed to only power ONE facility, instead of to contribute to the electric grid (which distributes power to multiple locations across a region).

Here at One Energy, we implement what are called “behind-the-meter” projects, using a smaller number of turbines on-site at a customer’s facility, like the one pictured in today’s Wind View. Historically, this number has been between one and six turbines. Most companies get their energy from the grid, where generators (such as nuclear reactors or wind farms) produce electricity and distribute it through transmission lines. That’s what’s usually happening when you see big wind farms with lots of turbines – they are sending the electricity they generate to the grid. With a behind-the-meter project, the energy produced from our turbines is directly supplied to our customers’ facilities. That’s why we call it WIND for INDUSTRY!

The benefits? These behind-the-meter projects are efficient because they’re on-site – and they don’t require the partnering facility to make as many infrastructure upgrades. Most importantly, our Wind for Industry customers save money! Purchasing electricity from One Energy at a set rate means they can worry less about the changing electricity rates of publicly available energy, which allows their capital to be deployed for other growth needs. All while decarbonizing their industrial facilities! 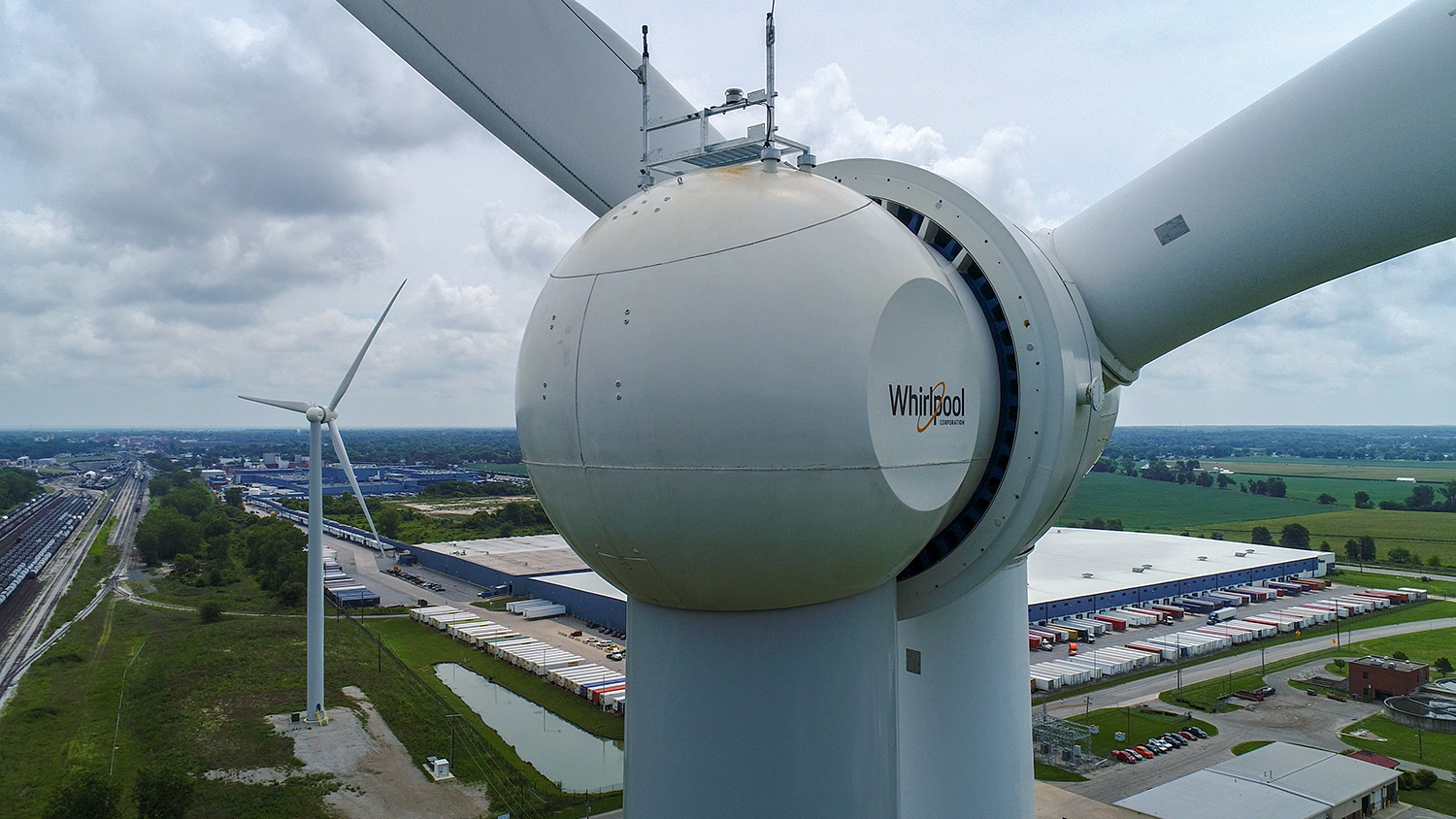